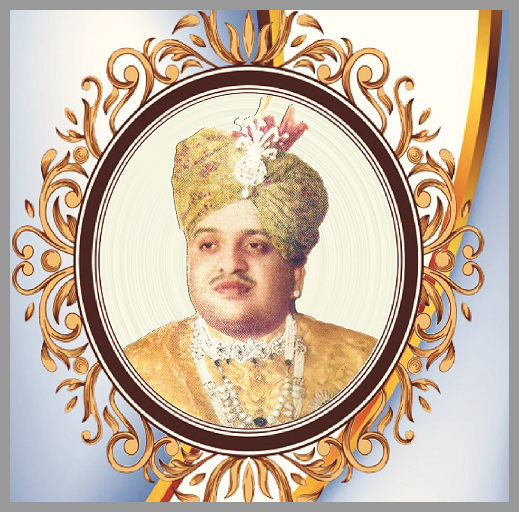 Maharaja Sir Pateshwari Prasad Singh: A great personality with a dynamic vision for the future

Maharaja Sir Pateshwari Prasad Singh was the first Founder President of Maharani Lal Kunwari College. He was born on 1st January 1914 and died on 30th of June 1964. At the mere age of fifty, he has done noteworthy work for this janapada.

India’s freedom struggle has played an important role in the formation of Maharaja Sir Pateswari Prasad Singh’s personality. He was deeply influenced by the thoughts of Mahatma Gandhi during the National Freedom struggle movement. Even after being raised in happiness and glory, he perfectly knew sorrows, happiness and the basic needs of the people in general of this region. He was born and grew-up in the freedom struggle’s idealized, moralistic and creative environment and became young learning the higher sanskars. He was deeply connected with the new values, thoughts and principles formed during the freedom movement. In less time, he did note worthy and important work for the deprived people of terai region in the field of education. He was a sensitive, kind hearted,competent and charitable king . He has helped to built the four walls of the famous Kashi Hindu University. Mahamana Pandit Madan Mohan Malviya had also contacted him for donation and help. In Balrampur, he voluntarily met Maharaja Sir Pateswari Prasad Singh.

Late Maharaja Pateshwari Prasad Singh was the founder chairman of the management committee of the college from 1955 to 1964. 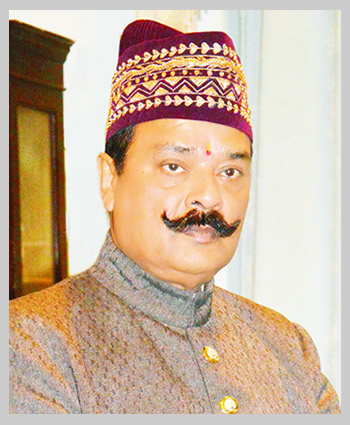 The Smritishesh of Raj family of Balrampur, Maharaja Dharmendra Prasad Singh was the earlier founder chairman of M.L.K. (P.G.) College. He was humble, friendly and liberal hearted. He had many great human virtues. His love for reading was the root cause of his simplistic and down to earth approach towards life. He always had time for studies inspite of his busy schedule of everyday life. He was fond of reading books related to philosophy, history and literature. He was greatly interested in classical, traditional and regional art forms. He was widely traveled both in country and abroad. His was a well experienced personality. He was multi lingual. He was very honest clear and objective in his conversations. He expressed great happiness when the college was awarded an ‘A’ grade by NAAC. Under his guidance and leadership this college achieved one goal to another continuously.

Late Maharaja loved education specially higher education. He knew it that it is only education that can bring light and happiness in the lives of ordinary and poor citizens. This is the reason that he made efforts continously and had total dedication towards opening up of schools and colleges and its functioning in the right direction in the Balrampur region. Even though he is no longer physically present with us, his motivational personality will always be the guiding force of M.L.K. family.

The present Maharaja of Balrampur Raj family and the Founder Chairman of Maharani Lal Kunwari Post Graduate College, Maharaja Jayendra Pratap Singh is an able, experienced and visionary person with a great passion and love for education. You are involved both in the traditional form of education as well as in the modern education. Apart from being a great passion for literature and art, you are well skilled in computer and technical education. The college is continuously getting the protection and able leadership provided by you. You are well aware of all the teaching and non teaching activities of the college. Along with the development of education you are also involved very deeply in many social works. You are also involved deeply and with great dedication in providing medical facilities, education and other basic services to the people of the janapad. Mahavidyalaya parivar and people of the janpada have got great expectations from you .You are serving the society continuously in a selfless and isolated way .

Maharaja Jayendra Pratap Singh is the Founder Chairman of the management committee of the college, since 2018.